Looking for Inspiring 4th of July Quotes to share your American Pride on Independence Day? Create your own eye-catching quotes, images and posters for Fourth of July with these ideas (and designs) for social media posts and more in July.

The Fourth of July – or Independence Day as it is often referred to – has been a major federal holiday in the United States since 1941. But the origin of the holiday goes back to the American Revolution in the 18th Century. in 1776, on July 2nd, the Continental Congress voted in favor of Independence. Two days later, on July 4th, the 13 colonies came together and their delegates adopted the Declaration of Independence, a document drafted by Thomas Jefferson.

Since that day, the Fourth of July has been celebrated as the Birth of American Independence. Festivities range from barbecue cookouts to fireworks to parades, concerts and more. As such, it’s a popular topic or theme for social media posts.

Here are 15 inspiring 4th of July Quotes you can get started with straight away to create content for Independence Day.

1. “America is another name for opportunity.” ~ Ralph Waldo Emerson

A quote about opportunity is perfect for celebrating the true essence of the 4th of July. In the wise words of Ralph Waldo Emerson:

2. “One flag, one land. One Heart, one hand. One nation, evermore.” ~ Oliver Wendell Holmes

Share a message of unity and pride with this powerful quote from Oliver Wendell Holmes:

3. “Those who stand for nothing, fall for anything” ~ Alexander Hamilton

In recent years you might have heard about the somewhat forgotten American Founding Father Alexander Hamilton and his rise from poverty to power and role in the American War of Independence. ‘Hamilton’ is now the top musical on Broadway in New York City, and tells of the amazing life and achievements of Alexander Hamilton in what is now a ‘very well-sung’ story about an un-sung hero who was born in the West Indies and eventually went from being George Washington’s assistant to the first Secretary of the Treasury, among many other achievements.

This is one of favorite 4th of July quotes from Hamilton that will be sure to gather some engagement on social media.

4. “In the truest sense, freedom cannot be bestowed; it must be achieved.” ~ Franklin D. Roosevelt

What’s a celebration of Independence without some wise words from Franklin D Roosevelt, the only President in US History to be elected 4 times:

5. “America is a tune. It must be sung together.” ~ Gerald Stanley Lee

When it comes to 4th of July Quotes, this is perhaps one of the most simple and powerful. It’s perfect for your social media posts around Independence Day:

Plenty of our 4th of July Quotes feature the red, white and blue in color, but not so much as this one, in message too:

Bold is the word… Stars, Stripes and Hearts are the perfect way to connect with your audience ready to celebrate the Fourth of July:

8. “Freedom is never given, it is won” ~ A. Phillip Randolph

The Fourth of July is all about American Independence.. and Freedom. Share this quote in the wise words of A. Phillip Randolph:

Of the 4th of July Quotes and templates in this post, this one perhaps has the most interesting backstory. Known as what would now be labelled “frenemies” John Adams and Thomas Jefferson were feuding friends for many years. These two ex-Presidents met in 1775 and died within hours of each other on July 4, 1826, the 50th anniversary of the Declaration of Independence. Their relationship was an on-again, off-again one that swayed between contempt and respect over decades.

This quote? It was part of Daniel Wester’s eulogy for both men on the 2nd August in 1826 when referring to the Declaration of Independence: “It is my living sentiment, and by the blessing of God, it shall be my dying sentiment. Independence now, and independence forever.”

10. “America was built on courage, on imagination, and an unbeatable determination” ~ Harry S Truman

2. A fitting quote for the Fourth of July from Harry S. Truman, the 33rd President of the United States from 1945 to 1953 (he was Vice President and succeeded upon the death of Franklin D. Roosevelt). The full quote is as follows: “America was not built on fear. America was built on courage, on imagination and an unbeatable determination to do the job at hand.”

11. “All great change in America begins at the dinner table” – Ronald Reagan

Bringing it all back to family and the people, share these words from Ronald Reagan

12. “My father described this tall lady who stands in the middle of the New York harbour, holding high a torch to welcome people seeking freedom in America. I instantly fell in love.” – Yakov Smirnoff

There is no symbol perhaps, that lives and breathes “independence” and freedom more than the Statue of Liberty. This message of love about the robed lady is a beautiful one for sharing on the 4th of July:

13. “It’s Fourth of July weekend, or, as I call it, Exploding Christmas.” — Stephen Colbert

There’s no doubt about it – the 4th of July IS fireworks. This quote from Stephen Colbert says it all!

14. “I always have the most fun on the Fourth of July. You don’t have to exchange any gifts. You just go to the beach and watch fireworks. It’s always fun.” – James Lafferty

And we had to include another firework quote in our 4th of July Quotes and Templates. This one is from James Lafferty:

15. “I’m just like my country—I’m young, scrappy, and hungry, and I am not throwing away my shot.” – Alexander Hamilton from Hamilton

Alexander Hamilton’s character in “Hamilton” gets the final parting “shot”. For those of you that have seen the musical, sing along with us:

Love the templates? Before you go and start creating visuals, here’s a few handy tips for using the designs for Independence Day:

HOW TO USE THE 4th OF JULY QUOTES AND TEMPLATES

There are many ways that you can use our 4th of July Quotes and templates. You can use the quote templates straight from Easil or try one of the following ways to customize the design and create something unique.

Choose the image that best works with the quote or sentence you wish to use. You don’t have to use our quotes specifically – but the templates make it easy to add in your own content..  Take a look at this post for tips on how to find unique, American-pride-filled Stock images for Indpenedence Day.

Find an editable template that you can use to create a professionally designed social media post. We’ve got dozens of 4th of July Quote Templates ready for your events. You can also check out our posters here.

Create your red, white and blue GIF, to show your pride. Read this post on Animated GIFs to check out some fun ways to create awesome GIFs in Easil, that are worthy of Independence Day posts.

Find some bold, 4th of July ready fonts to use for your social media posts. You’ll see some of our classic, bold fonts throughout our designs in Easil – with a fair dose of red, white and blue! And if you have your own font that just oozes Independence Day then simply upload it into Easil.

Note: always check the licence of any font that you upload (and that it can be used for commercial use). Also check before downloading images, as font licences can change over time.

Resize and Repurpose our quote templates for other purposes. Create a poster, or onvert the templates to an Instagram Story portrait size – or for an image that suits your platform of choice. You’re only limited by your creativity. null

Ready to create powerful and inspiring 4th of July Visuals?

Use our 4th of July Quotes and Templates above to inspire you and get your creativity flowing. Remember that we have dozens of 4th of July designs in Easil, ready to be used for just about any image size or purpose. So go and share your pride on Independence Day!

Do you have your 4th of July Content Ready? Showcase the best of American Spirit with some of our Fourth of July Quotes and give your community something to share. 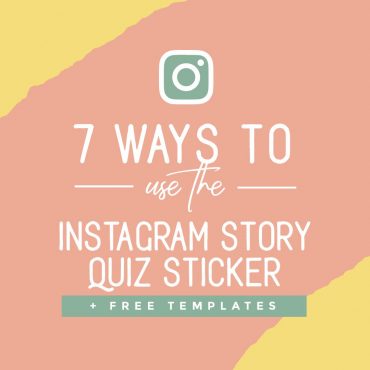 7 Ways to use the Instagram Story Quiz Sticker (+ Free Templates) 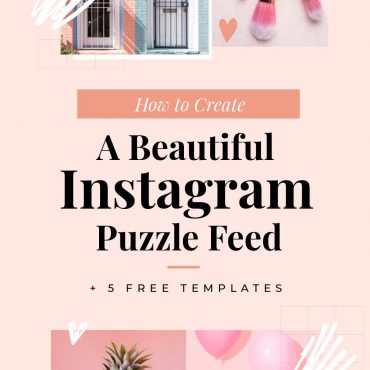 How to Create a Beautiful Instagram Puzzle Feed + 5 Free Templates 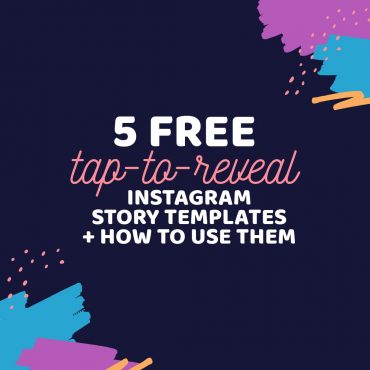