The Difference between Serif and Sans-Serif Fonts - Easil

In the complex world of typography, it can be hard to know how to use different fonts, let alone what type of “Serif” they are. If you’re a designer, you will understand all of this, but it can be a little confusing for those who haven’t studied or worked in design.

While you read this article’s guide to using Serif and Sans-serif fonts – remember that both families of fonts exist within Easil. Our team of Easil Graphic Designers has carefully chosen fonts for you. You can see them in our professionally designed templates and text graphics. So, your job has been made that much easier.

So, now you can get started straight away, playing with different kinds of fonts for your designs!

What is the Difference between Serif and Sans-Serif Fonts?

When creating your own text, one of the first decisions to be made is whether to select a font that is Serif or Sans Serif.  But what are they, and how do they differ, exactly?

In a nutshell, it’s all about the small features on the ends of strokes in some fonts. Those fonts that have them are called “Serifs” or “Serif fonts.”  Those that don’t are called “Sans-Serifs” or “San-Serif Fonts.” Here’s an image showing the difference between Serif and Sans Serif fonts:

Choosing between Serif and Sans Serif Fonts should be based on several considerations pertaining to the project in hand – and the style of design.

The origin of serifs

Serifs were believed to have originated in the Latin Alphabet with words carved into stone in Roman Antiquity. The Roman letter outlines were first painted onto stone, and the stone carvers followed the brush marks, which flared at stroke ends and corners, creating serifs.

Serif fonts are usually used in lengthy text, such as books, newspapers, and most magazines and are the most commonly used printed typestyle due to perceived readability. After all, when you strive to create something beautiful and remarkable to look at, the main goal is to have your message clear and readable!

Some common Serif typefaces are Times New Roman, Georgia, Palatino, and Garamond – however, there are thousands more.

The origin of Sans-serif fonts

Sans-serif letters began to appear in printed media as early as 1805. They were popular due to their clarity and legibility in advertising and display use when printed very large or very small.

Sans-serif fonts have become the most prevalent for displaying text on computer screens, partly because screens tend to struggle to show fine serif details in small type.

Some commonly used Sans-serif typefaces are Arial, Helvetica, and Tahoma, but there are thousands more.

Hot Tip: For other shorter text settings – such as titles, credits, column headings, as well as text in infographics – a Sans-serif typeface is a good choice. Its simplified letterforms are unencumbered by Serifs, which can impede the readability of characters at very small sizes.

6 Tips for Using Serif and Sans Serif Fonts Together

Myths about Serif and Sans-Serif Fonts

Although there are guidelines on how to use Serif and Sans-Serif fonts, there are always exceptions to the rule. As such, there are a few myths we should debunk:

Without confusing the issue, many other fonts are used and available in Easil. There are Slab fonts, Handwritten fonts, and Display fonts, the list goes on.

Display fonts are quite ‘unique’ or ‘fancy’ by appearance and are used primarily in large headings and minimal application – you’ll see many of these font families in our post about free fonts here and our post about font pairing here.

You’ll be spoiled with a number of type styles and font families to choose from in Easil and in our Easil templates. Take advantage of it and use this post to help you determine the most effective use of a Serif or Sans-serif font… or both.

Generally – your message needs to be clear and concise. A Sans-serif font is a good choice for headings and small text where clarity and readability are paramount. A Serif font is good to use on larger blocks of printed text like on a flyer.

But remember to consider the whole context rather than just relying on a set of rules when you make your design choices. Try different font combinations and be creative!

Are you all schooled up now in the difference between Sans and Sans Serif Fonts?  Ready to rock your designs with fonts? 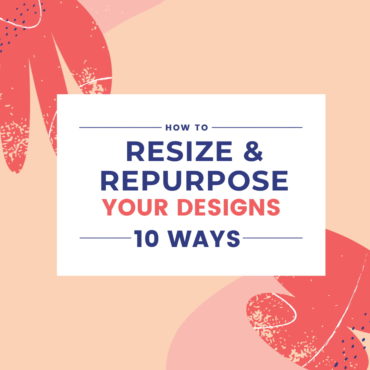 How to Resize & Repurpose Your Design, 10 Ways 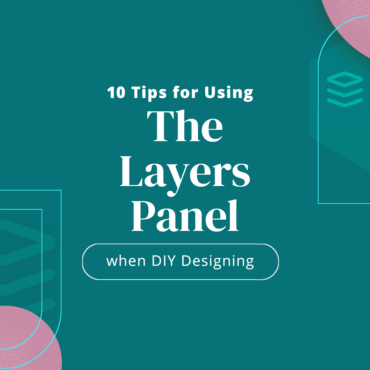 10 Tips for using the Layers Panel when DIY Designing 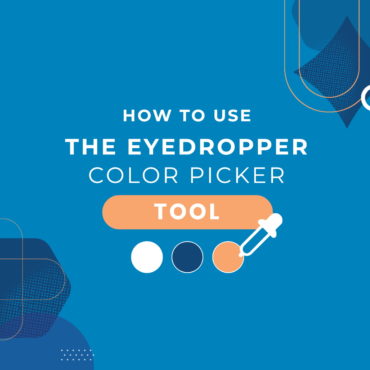 How to use the Eyedropper Color Picker Tool